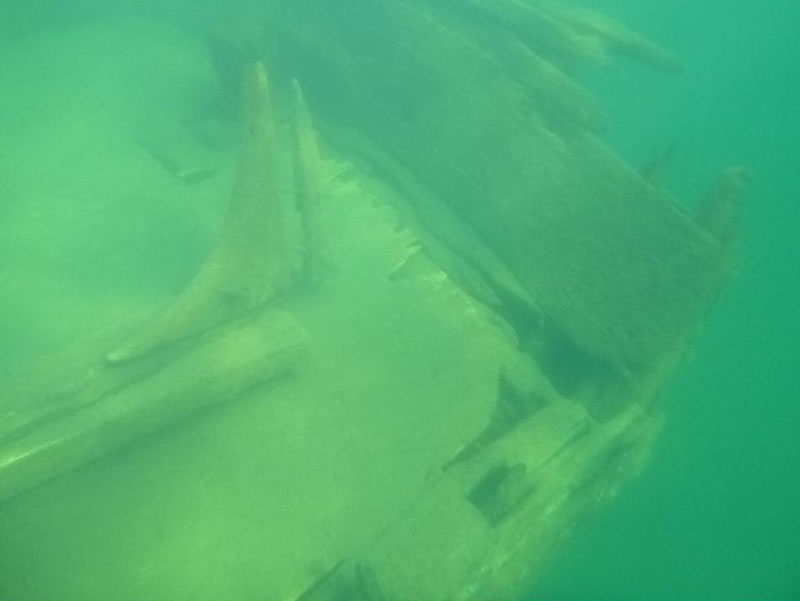 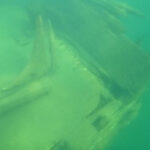 Located off the coast of Lake Superior near Munising, Michigan, the Grand Island Shipwrecks make great spots for snorkeling, scuba diving, or glass bottom boat tours.  Lake Superior is infamous for its history of taking ships of varying sizes down to the depths.  The Pictured Rocks Lakeshore is no different.  30 different ships are known to have gone down near Grand Island and the surrounding waters with only about half of those wrecks accounted for.  One of the best wrecks to view is the Bermuda. 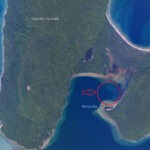 A 150 foot schooner, this ship foundered and sank in Murray Bay on Grand Island in the spring of 1870.  The two-masted Bermuda was designed to trade through the old Welland Canal between Lakes Ontario and Erie. Launched at Oswego, New York in April 1860, she was 136 feet in length, 26 feet in beam and 11 feet, 9 inches in depth. Her early years were spent in the grain trade between Lakes Michigan and Ontario. When the demand for iron ore increased, she shifted to carrying ore down from Marquette, Michigan.

On September 21, 1870 she left the lower lakes for Marquette with a cargo of general supplies and arrived without any incidents. After loading 488 tons of ore she departed on October 14, but was caught in a gale off Grand Marais, MI. The pounding of the waves caused her to start leaking and her captain brought her to shelter in Munising Bay where she reportedly filled and sank. 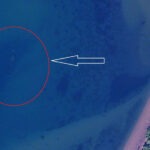 Thirteen years later, in October 1883, the Bermuda was successfully raised and towed into Murray Bay. Once in the bay however, the lifting chains apparently slipped and the schooner settled on the bottom again. More than 120 tons of ore were able to be unloaded before the the Bermuda once again sank. In June of 1960 local scuba divers extensively salvaged much of the remaining ore cargo for souvenirs for a regional rock and mineral show. 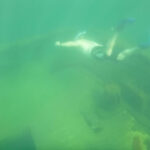 This is one of the more exceptional of the Grand Island shipwrecks to visit due to its depth and well preserved appearance.  Her top deck is only 12 feet below the surface of Lake Superior.  While many wrecks tend to deteriorate when this close to the surface, the Bermuda stays in remarkable condition down to this day.  The wreck is marked with a buoy as noted in the photo to the left.  You are welcome to take your own boat out for snorkeling or scuba diving.  Another option is to take one of the glass bottom boat tours out of Munising, MI to see this wreck and the various others in the area.  Learn more at shipwrecktours.com