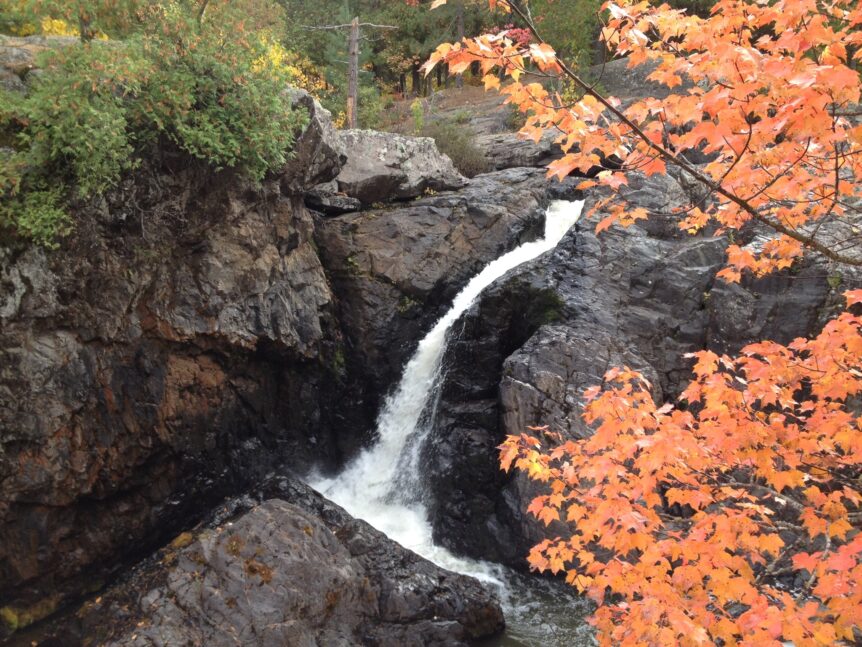 Located near Marquette, Michigan, the Dead River drops for many miles until it reaches Lake Superior.  Along part of this half mile long stretch is a series of beautiful waterfalls known as Dead River Falls (bet you didn’t see that one coming!)  This is one of the best series of falls in all of Upper Michigan, rivaling other sections such as Black River Falls and Presque Isle Falls in the western UP.

Make sure you are up for a steep up and down hike if you plan on visiting this series of drops.  The river falls a total of 90 feet across the half mile hike.  This doesn’t sound so bad, however the topography is very severe in a number of places with many ledges and drop-offs along the way.  There are a total of three major drops with vertical heights of over 15 feet and a number of smaller falls in between these larger ones.

You will start your hike by inclining up an access road and, once at the top, taking the hiking trail off to the left.  There is a sign marking the trail, making it hard to miss.  The trail runs along the west side of the river, however in low water it is possible to hop some rocks in various places to reach the other side. 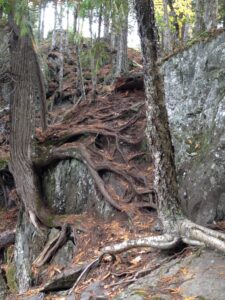 The first major drop of Dead River Falls is a beautiful plunge waterfall that drops into a large pool.  This is a popular swimming and rock jumping area during the summer months for many of the locals.  The hike up to this point is relatively easy, however the rest of the drops have more rugged terrain surrounding them.

The second major drop is an dramatic slide/plunge waterfall that is a narrow stream in low water and widens significantly in high water.  If you are adventurous you can scramble down the rock ledges nearby and reach the base of the waterfall.  The rock along the entire stretch of the Dead River Falls is very rugged and beautiful.  The are many sharp ledges and formations that make for great photography opportunities.

The last major drop falls a total of about 15 feet over three ledges and marks the turn around spot for your hike.  It ends in a large pool and is a very picturesque, meditative spot.  You can climb to a ledge along the top that the river flows around and see the entirety of the falls from one spot.  The entire gorge has many high spots that make for great photographing landscapes.